As we celebrate St. Catherine’s Montessori’s 50th anniversary, we are reaching out and paying tribute to all the parents, students, faculty and friends who supported the school and are a part of the journey to this milestone year. Some of the earliest alumni have become part of the SCM fabric as they bring sons and daughters and nieces and nephews to the school they once attended. Some others wandered farther away and are harder to track.

Among the early students of Sister Edna Ann and Sister Shirley, few can match the idiosyncratic path of Nonie Creme. Around the first decade of the school’s existence, little Eleanora Ramirez (as she was known then) attended the Dominican Montessori (as the school was known then) under the tutelage of Sr. Shirley. As the school didn’t extend past the Primary at the time, she went on to The Kinkaid School, then Williston Northampton boarding school in Massachusetts, then Scripps College in California.

How this self-described “upper-middle-class kid with half-a-million dollar education” went from advertising manicures by the roadside to becoming a powerhouse beauty maven is a story as fascinating as the woman herself. Combining a wild spirit with startlingly grounded common sense, Creme became a backstage staple at haute couture fashion shows (Calvin Klein, Alexander Wang, Victoria Beckham, Betsey Johnson – the list goes on), then Founding Creative Director of butter LONDON, a $20million plus nail polish company. She recently left the company to launch yet another venture in conjunction with Walgreens: a new mass market beauty brand called Colour Prevails.

We recently reached out to Nonie for a phone interview in the hope that those early Primary years stayed with her. She responded with delightful, vivid memories of Sr. Shirley ("warm, motherly...the go-to if you were crying or sad"), of Mr. Sam ("the cooolest!!"), of growing and eating alfalfa sprouts in class, and of a school that "had the faith that a child will make the right choice."

How did you get into nails?

I followed a boy to London! A local rock’n’roll kid who was British. He was the son of a famous rockstar [Lol Creme of the band 10cc] and had his own band, Arkana.

I didn’t have a visa. I was 22 years old and an illegal alien. I decided to do nails because it was a cash business – I didn’t want to get caught! Resourcefulness is one of my better qualities. I was standing on a sidewalk in the Wall Street area of London, the financial district, with my name and phone number on a scrap of paper as cars and people went by.

Then I’d take my little picnic basket of supplies and go wait in the park for the phone to ring. This was the early days of cellphones. Sooner or later someone would call for a manicure, and I’d go office to office doing desk-side manicures. That’s how I got into the beauty business – I became very, very good at doing nails.

But here I was, this upper-middle-class kid with a half-a-million dollar education, filing nails. It wasn’t a sexy profession.

Did you doubt yourself?

Constantly! I still do! But you have to know your own course, and stay the course, even if it isn’t a popular choice. You have to be brave.

How did you get through the low points?

With friendship and a sense of community. Build your village. Be very good to yourself and your friendships, the people you rely on. It’s ok if you don’t have many, but whether it’s two people or ten, these are the people who get you through.

[Hearing Nonie suddenly chuckle] Why are you laughing?

I’m looking in the mirror and I’m laughing at the memory of who I was then and how little I’ve changed! I used to wear Vans [shoes] and rock’n’roll t-shirts then and I’m wearing Vans and a rock’n’roll t-shirt now. You have to know who you are – that’s also key to getting through the low points, being able to say "I know who I am."

I was a pretty good kid. I become a handful much later! [Laughs.]

I remember one time that I was bad:

We had big wheels on the playground. That was the most popular toy. We had to take turns. Back then Dominican Montessori just had a huge asphalt parking lot – it wasn’t a very glamorous playground. But we had so much fun. I got on the big wheel and took off! I went waaaay to the far ends of the lot, didn’t come back for other kids to take a turn. They were all yelling and chasing but no one could catch me!

I think of my kid’s school now with the special rubber floors in the playground and whatnot. We had 70s asphalt then, and it was awesome.

Do you find that your memories of Montessori are more vivid?

YES! If you ask me about 2-4th grade, it gets a lot hazier. I remember morning circle. I remember Mr. Sam, the hippie. He had long blonde hair and a beard. We just thought he was just the cooolest! Mr. Sam would get us to eat all these fruits and vegetables that we’d never otherwise eat. I remember he once brought alfalfa seeds – we grew the sprouts and ate them! It was so cool to us at the time.

The school was very forward thinking, you know? This was before we knew the importance of environmentalism, of eating healthily. These little old ladies, these nuns! They were so far ahead. They were very progressive. So for the people who may be thinking of scary nuns with rulers – this was the antithesis!

Do you remember Sister Shirley?

She was very gentle, kind, warm motherly. The go-to for us kids if you were crying or sad. She had a very soft approach to the religious component and had a genuine love for the children.

I remember Sr. Shirley wearing this pale yellow pantsuit with flared bottoms, a smock over the top and a big crucifix over the whole thing. She was always smiling.

The school was pretty new then. Why do you think your parents picked Dominican?

My father was a child psychiatrist. I’m sure he chose the school with every sense of intention. To do something without thinking it through, that’s not how my dad rolls! I’m sure they wanted us to have a Montessori experience. They saw that was the way to stimulate minds that young.

Do you think that early exposure to Montessori helped or affected you?

We got to create and make. I remember drawing and painting, and these are skills I draw on every day of my life. We were free-range chickens, you know? Not just sitting in a chair. One thing that’s helped me throughout my life has been the ability to find the white space in the market, and Montessori directly tapped into that, I think.

What do you mean by white space? Can you elaborate?

Well, at butter LONDON, for example. I had to think of a way to make nail polish different, so I tried new colors. I hand mixed every single color in the butter range. I’d sit at my desk and mix and mix. This was ten years ago when you couldn’t find robin’s egg blue or army green.

[By white space], I mean taking things that are ordinary and making it different.

For my new project [Colour Prevails]…I thought about it for a long time. Everyone has unusual colors now, but great packaging can sell anything. Packaging is critical. I wanted to play with design, make something unique visually. I thought of a butterfly wing concept, but that wasn’t enough – I wanted it to do something.

So the end result is a butterfly wing handle that makes it easier to color your nails. You can buy a lot of red nail polish out there, but this is the one that makes it fool proof!

St. Catherine’s classes range from toddlers to adolescents now. Any advice for the older students?

Grades and tests are a tool of measurement to make sure you’re learning something. Not getting perfect grades doesn’t mean you’re a failure, it means you’re taking in knowledge a different way. My advice is to just graduate.

College isn’t a thing in the UK, but if you’re in the US, especially growing up as Houstonian – you’re going! And I think it gives you a sense of place in the community, in the world at large. It’s important to finish school. We need to operate within a realm called society. So no, you’re not going to be a famous Instagrammer. Put down the makeup and go to school. [Laughs]

Do you think people might be surprised to hear you advocating for a more traditional path?

Maybe. I don’t know. I’ve had a wild childhood, wild existence, but it’s lead me right back to core values. I gave a graduation speech at Scripps about this. I think I was more eloquent in it, if you want to check it out on YouTube or something.

Creme seemed a pathetically apolitical choice. Boy, was I wrong.

Creme rocked the house, giving one of the best commencement addresses I’ve ever heard or read. She introduced herself as “the first straight C student to give this speech,” and then related how she went on to found a multi-million dollar company, Butter London. Along the way, she dispensed the kind of practical advice that any parent would be thrilled to have their child take in.

First, Creme counseled, don’t let your major define you. Instead, she told the graduates, an area of study is really just “a jumping-off point.” So, when people stick up their noses at a liberal arts degree and ask, “What will you do with that?” there is only one reply: “Anything I want, actually.”

Nonie talks about humility, hard work, accepting challenges…the commencement address (and the article about it) are a study in practical, hard-won life advice and how not to prejudge people.]

Do you think Montessori is/was ahead of its time?

Yes, especially with regard to young minds, in my opinion. It encourages free thought. You have the whole rest of your life to be in environments to be told what to do. Yes, trial-and-error and free thought. I associate these with Montessori school. And the faith that a child will make the right choice. If you force the right choice all day, they won’t like it. And after a while, they’ll make the wrong choice. 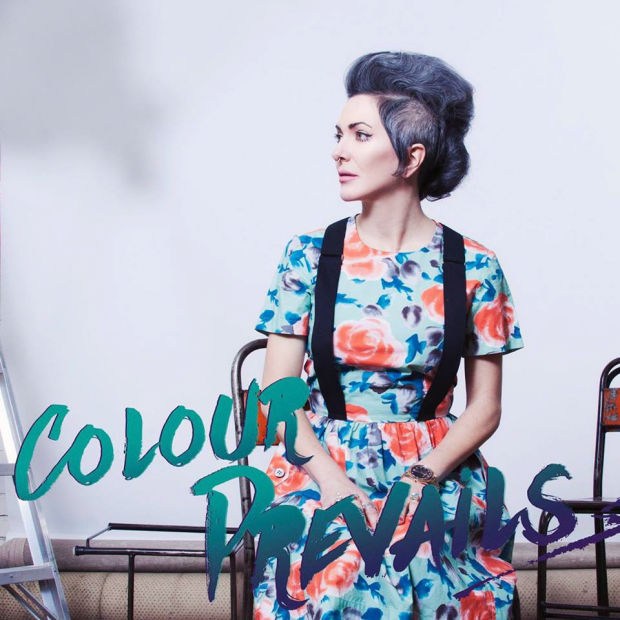